Hello guys the blog is back on track after some computer trouble but things are now sorted out im happy again. sweeeeet!

I had some small luck with a finalist in vehicle category that im quite happy with, ive been working on a ork killa can for the last 2 months while the blog has been down. I decided to do something a little different with it instead of the standard yellow for bad moons I did it black and yellow. I was thinking like when you used to play street fighter 2 and your buddy would pick the same guy as you there would be an alternate version that was the general idea so black with yellow markings.
I also wanted to give the mini some character so instead of just standing lifeless on the base I tried to capture the crazy hap hazard nature of the orks it looks like its kind of drunk I guess ha ha. I will let you judge for yourself.

Over all there are good and bad things about warhammer fest/golden demon. the large room that golden demon was held in was well lit this year with a good amount of natural light and there were lots of mini seminars that any one could just sit and check out live painting tutorials and theory that was really cool on the bad side there was going up and down stairs again all day, this year on 3 floors booo! and NO medals for finalists in golden demon just a bit of paper?!? that sucked but generally if your only interested in painting there wasn't a lot to do. But I would still take this over nothing at all. lets be honest id still go if they held it in a bloody car park!!!

quick pick of the killa kan, haven't sorted them out yet will get straight on it. 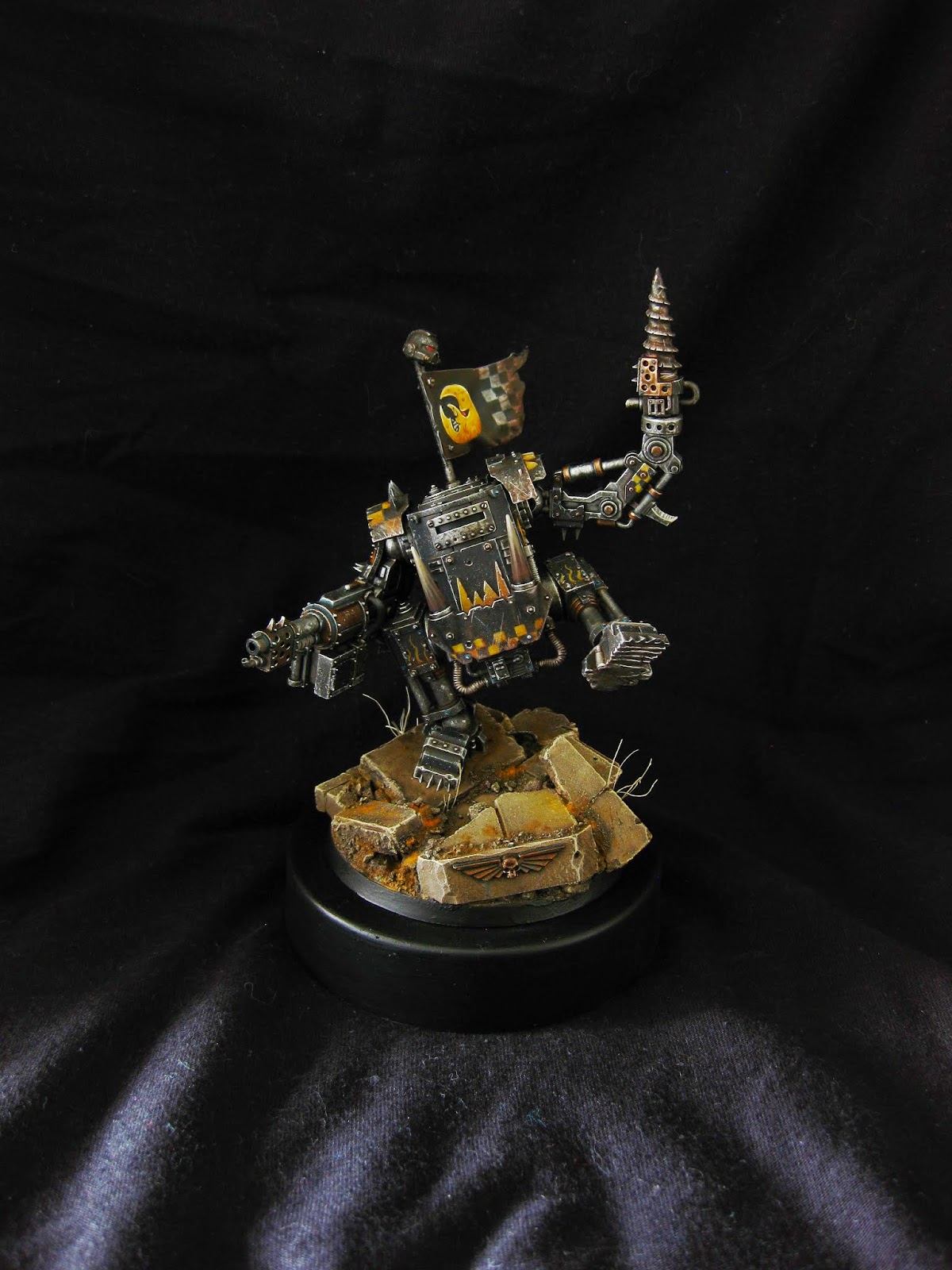