Hey guys i thought i would do something a little more in depth on the blog for you instead of the normal posting progress on a mini i'm painting. I'm going to walk you through how i made my latest project The genestealer mini diorama!

I wanted to do something more with the genestealer i mentioned in my previous post, i was intending to paint the mini as normal and place on a nice base but then i was having a clear out of some old boxes in the garage and found some scenery pieces from the old GW imperial firebase (the cardboard slot together with plastic parts one, if you've been around long enough to remember that!) The cogs in my head started to turn when i found a piece with a doorway and i pictured the stealer leering forth over a dead terminator. cool!! i picture the scene on a space hulk where the cooling tanks have ruptured and flooded the lower decks. or some imperial industrial area. its dark cold and very gloomy. so here we go. 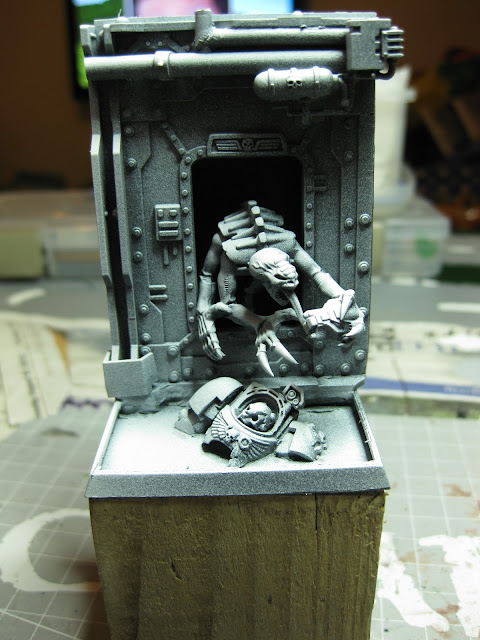 First i bring the major components of the diorama together on the base to check they fit nicely and don't over crowd the base to much .In my vision the terminator is already dead and partly submerged in water so i marked the area in front of the door that i want to remove with marker pen. 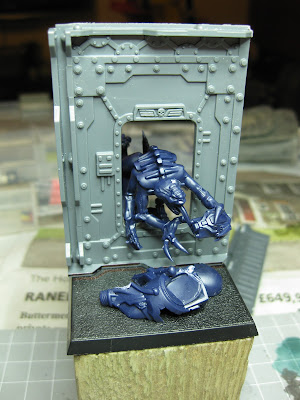 I then removed the area with a stanley knife, its best to turn the base upside down and cut from underneath. I find thats the easiest way and your less likely to slip and hack of to much or even your finger AGH!!
Take your time if you do this theres no rush. 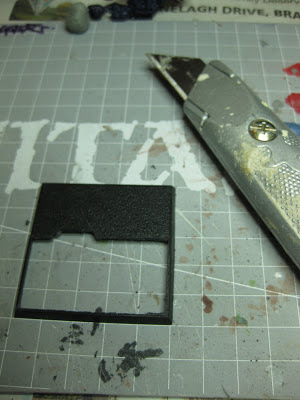 The next step is to cover the bottom of the base with plasticard as it will be filled with water effect and we don't want it running out all over the place. Then glue all the parts down to the base. 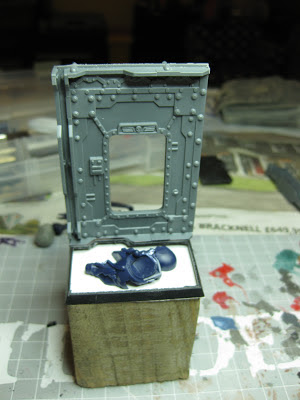 At this point i decided to change the dead terminator its from the space hulk box. Its only a scenery piece for a stealer to stand on Its lacking in a lot of detail and will bring the whole diorama down.
so i build a termi bust in the normal way then cut at an angle so he looks like hes half submerged. you need to position the arms in a naturally slumped way or it will look a bit odd when its finished. 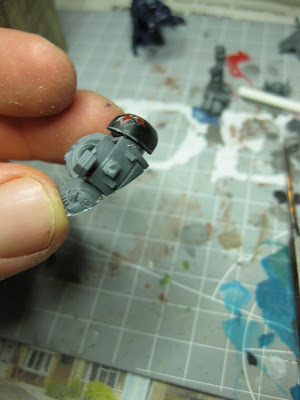 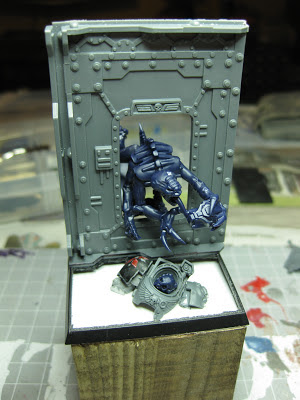 Next i add the terminator and other details,so raid the bits box for what ever you can find. the pipes are old plastic lolly pop sticks! 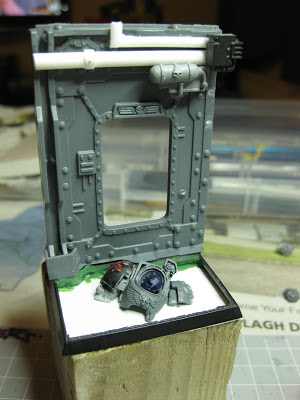 The final step is to fill out the back of the base, as the genestealer will be emerging from the darkness this needs to be done. I use foam board and build a box at the back. then i added a second layer with plasticard to make it very square and smooth. Although it is not really part of the diorama its important to keep it tidy for the overall finish of the model. 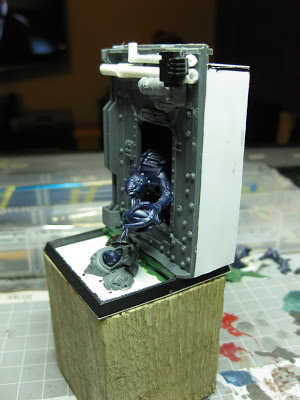 Finally undercoat ready for painting.
Some things may be changed or added as i'm painting i tend to work back and forth a bit or have more ideas as the painting progresses. 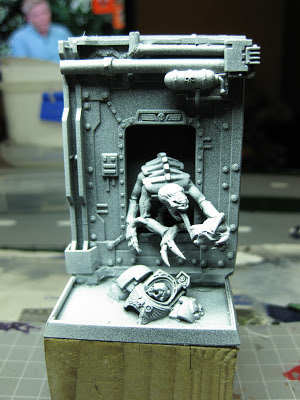 so guys hope you like this Little walk through. i will have more soon when i get some paint down on it. comments welcome
bd

Every time I see such creative process I am inspired. So thank you for sharing and inspiring us. Go ahead and share more about htis dio!